It is hoped that a new, all-electric, actuated multiphase subsea boosting station powered by a Nexans power umbilical will aid future oil recovery from Vigdis. 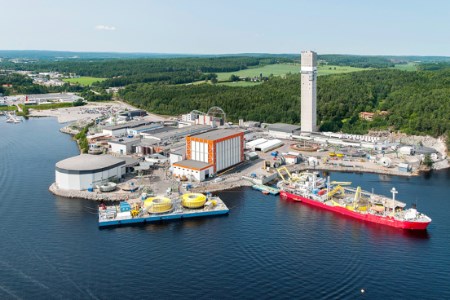 Vigdis, which produces oil through the Snorre field, and OneSubsea, a Schlumberger company, have been awarded the contract to provide a boosting station that will be connected to the pipeline to enhance the capacity between Vigdis and Snorre A, helping bring the well stream from the subsea field up to the platform. The boosting station will also enable wellhead pressure to be reduced, which further increases production. It is expected that the boosting station will increase the recovery rate from Vigids from the current 45% to 54%, adding around 11 million extra boe.

The boosting station will be provided with a high voltage (HV) supply from Snorre B platform, via the Nexans power umbilical that combines electric power, control and communications functions in a single cable cross-section.

The complete umbilical system will be developed, manufactured and tested at Nexans Norway plant in Halden, Norway with loadout anticipated for Spring 2020 ready for installation in Summer 2020.

Read the article online at: https://www.hydrocarbonengineering.com/special-reports/08052019/nexans-power-umbilical-to-provide-a-production-boost-for-the-vigdis-north-sea-oil-field/