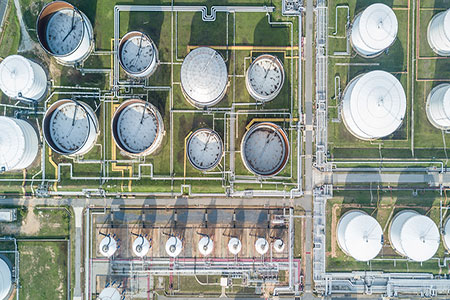 Limetree Bay Refining LLC has announced that it has reached agreement in principle with the supply and trading arm of a major international oil company on the restart of the idled refinery located at Limetree Bay, St. Croix, US Virgin Islands.

Under the contemplated terms, the oil company would enter into a tolling agreement and serve as the refinery's supply and offtake counterparty. Details about the agreement will be made available in the next week to ten days. Limetree Bay Refining anticipates completion of the restart by late 2019.

Limetree Bay Terminals LLC, which is an affiliate of Limetree Bay Refining, purchased the refinery and associated terminal assets out of bankruptcy in 2016. Since that time, the company has returned over 25 million bbls of storage capacity to service and currently has more than 1100 total workers at the refinery site.

Shortly after acquiring the idled Refinery, which has a peak processing capacity of 650 000 bpd, Limetree Bay Refining began exploring opportunities for a restart. Over the ensuing two years, the company advanced the project with support from the administration of the Hon. Kenneth E. Mapp, Governor of the Virgin Islands. Earlier this year, the parties successfully negotiated a new operating agreement, which was ratified by the 32nd Legislature of the Virgin Islands on 25 July 2018 and signed into law by the governor soon thereafter.

Read the article online at: https://www.hydrocarbonengineering.com/refining/05112018/limetree-bay-refining-reaches-agreement-in-principle-on-st-croix-refinery-restart/