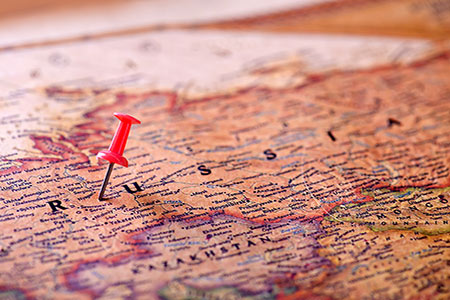 Modernisation is the key concept for the Russian downstream nowadays. Why is this a priority for the market? What are the 'dos and don’ts' that companies need to control? And why should it happen as soon as possible?

Old-fashioned technology
Modernisation in Russia began with state support seven years ago, and since then the segment has made great progress. Its current phase is aimed at increasing processing depth in order to extend the list of products produced, make them more eco-friendly, and optimise the amount of crude oil needed.

When modernisation began, many Russian plants, built in the 20th Century, were in dire need. In the early 2000s, companies of the downstream segment together with government bodies developed a step-by-step modernisation strategy, and the massive equipment renovation was initiated.

According to the Russian Ministry of Energy, 70 secondary oil refining units were put into service from 2011 to 2016. Such segment transformation required an enormous amount of time, workforce and investments, due especially to the need to comply with existing norms and to develop new domestic technologies capable of competing in the international market.

The growth of the downstream market economy
Owing to the introduction of new technologies, the average oil refining efficiency in Russia increased to 81% by the end of 2017, 2% more than 2016. As a result, after seven years of reformation, refinery capacities increased to 280 million t; Russia is now third after the USA and China in oil processing volume. The projections are optimistic: by 2020 oil refining efficiency in Russia is expected to increase up to 85% on average.

Judging by these results, it may seem that the majority of refineries are fully equipped with the latest technologies. In fact, there are just eight Russian refineries that operate with 90% efficiency or more, including RN-Komsomolsk, NNK-Khabarovsk, and LUKOIL-Permnefteorgsintez.

The less progressive ones, with 50 – 60% efficiency, operate mainly as producers of raw materials for other refineries. One such cooperative effort is that of Rosneft Kuibishev Refinery (58.5%) and Novokuibishev Refinery (about 90%).

Industry 4.0 tools and the optimisation of refineries with low processing depth will bring even more opportunities for increased plant effectiveness —and for the financial growth of the industry.

As Mikhail Sutyaginskiy, Chairman of the Board of GC 'Titan', put it at Petrochemical and Refining Congress "PRC Russia & CIS 2018": “Refineries and oil companies have raised the level of depth of processing so the market today is fully covered. This suggests an increasing export of products and a decrease in exports in terms of the fractions that do not make up the target products from oil companies.”

Resisting regulations
Another peculiarity of the Russian downstream market is the changing state of economic regulations. Since 2015, investments have dropped as the refinery margin lowered, owing to a tax manoeuvre and an oil excise hike. As a result, the rate pf modernisation has decreased.

According to the Russian Ministry of Energy, in 2017 companies invested approximately 190 billion roubles in the downstream industry. The completion of the modernisation process became an economic burden for the investors and put many of them at risk of bankruptcy.

Worried by reduced investments, the Russian government decided to make concessions for some refineries. For example, the government rewarded modernised plants by distributing 'credits' according to their level of technological advancement. Another way to avoid the excise hike and to receive compensation from the state is to supply 10% of produced Euro 5 for internal markets until 2024.

Ecological safety
Recently, the challenges facing the Russian and European downstream industries have been the same: ecological standards for oil refining and end products are rising while crude oil quality is declining. At PRC Russia & CIS 2018, Ziya Gurun, Technical Services and Development Director, TUPRAS, points out the changes already being caused by the International Maritime Organization's (IMO) introduction of a 2020 sulfur cap:

“The IMO has decided to reduce the sulfur content of bunker fuel from 3.5% to 0.5% by 2020. That will have a strong impact on the operation of the refineries and shipping sectors. There is a 4% increase in polyolefins in Russia alone per year. And that’s probably the same picture for the entire world.”

Russian refineries are gradually adapting to new ecological standards by establishing treatment systems and starting to use renewables. Just like the European industry, the Russian downstream is preparing for the transition to the new fuel standard, Euro 6, but first it is necessary to increase production of isoparaffin hydrocarbons and oxygenated compounds. The problem of declining average oil quality is being solved by the development of multi-component catalysts. But the costs of research and development are huge even for the industry giants: attracting investment is increasingly essential.

In terms of international cooperation, the main difficulty is distance. International events help a lot of people from the industry meet and learn about trends and new projects. Events focused on networking give people a chance to break the ice during first contact, and also to discuss new partnerships with the people in charge of business development directly.

PRC Russia & CIS 2018 in Moscow will gather the decision-makers of the Russian downstream market. Reports on the tendencies and forecasts for petrochemicals and refining in Russia, upcoming projects, rise of investment potential and operational efficiency, practical cases of modernisation and automation, cutting-edge catalysts and other topics will be presented. The multi-format event also includes the Focus exhibition, where solution suppliers will present their newest products and services for the market.

Read the article online at: https://www.hydrocarbonengineering.com/petrochemicals/10092018/why-is-modernisation-the-main-question-for-petrochemical-russian-and-cis-markets-in-2019/