Russia is expected to drive the growth in the global underground gas storage industry between 2019 and 2023, contributing around 32% of the working gas capacity growth from planned and announced projects, according to GlobalData. 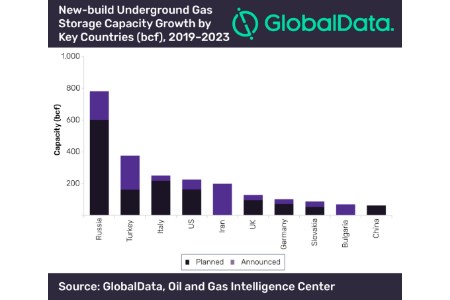 Ashwin Gupta, Oil & Gas Analyst at GlobalData, comments: “In Russia, 10 planned and announced gas storage sites are expected to start operations by 2023. Of these Stepnovskoe II, Bednodemyanovskoye I, and Kanchurinsko-Musinsky Complex II are the key projects in the country with a working gas storage capacities of 199 billion ft3, 177 billion ft3 and 167 billion ft3, respectively.”

Read the article online at: https://www.hydrocarbonengineering.com/tanks-terminals/04062019/russia-to-lead-global-new-build-underground-gas-storage-capacity-growth-by-2023/

Pennzoil-Quaker State Co., a subsidiary of Shell, has acquired a 49% interest in Blue Tide Environmental – a company focused on building a global network of lubricant recycling facilities.