Vanzetti Engineering’s cryogenic pumps have been chosen for the Aria Project of the National Institute of Nuclear Physics (INFN) in partnership with Carbosulcis S.p.A., a company owned by the Sardinia Region. 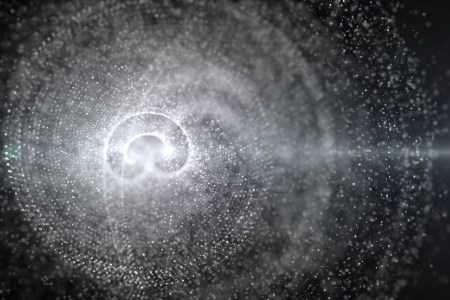 The Aria Project involves the construction of a cryogenic distillation tower in Sardinia, Italy, for the production of high purity enriched stable isotopes. The project is an integral part of the DarkSide-20k experiment that will be carried out at the Gran Sasso National Laboratories (LNGS) of the National Institute for Nuclear Physics (INFN), the objective of which is to detect dark matter directly. Dark matter, the nature of which is still unknown, represents most of the matter that makes up our universe, where it is five times more abundant than ordinary matter that makes up everything we can see today. Understanding its nature is therefore one of the main areas of research in the field of fundamental physics as it would make a significant contribution to the understanding of cosmology, physics and astrophysics.

The DarkSide-20k experiment is run by the International DarkSide Collaboration and involves over 500 researchers from universities and research institutes throughout the world. A detector that uses liquid argon as a scintillation fluid for Weakly Interacting Massive Particle (WIMP) interaction will be used for the experiment. According to some theories, this particular type of particle is one of the most promising candidates for constituting dark matter. Large amounts of depleted argon i.e. without isotope 39 are required to carry out this experiment. This has led to the development of two DarkSide related projects: Urania and Aria. The first one involves the building of a plant, currently under construction, in Colorado, US, where a source of clean argon has been located underground, protected from cosmic rays and therefore not contaminated by them. The Urania Project (also owned by INFN) will allow the depleted argon to be obtained, which will then be transported to Sardinia where it will be further filtered and purified by the distillation column of the Aria Project. Lastly, the pure argon will be placed in the DarkSide-20 detector in the Gran Sasso National Laboratories for carrying out research.

"The primary purpose of the Aria Project distillation column is to produce argon for the DarkSide experiment. However, since it allows stable isotopes (such as oxygen 18, carbon 12, nitrogen 15 and possibly others) to be produced, it also of significant industrial and commercial interest” explains Federico Gabriele, Technical Coordinator of the project and INFN researcher. “Stable isotopes are used in various applications, such as nuclear medicine for medical diagnostics, organic farming or precision microelectronics. These substances are currently produced in just a few facilities around the world and using various methods, such as centrifugation, which requires high amounts of energy. The Aria Project on the other hand, exploits the relative volatility between these substances - in fact, distillation takes place by separating the isotopes according to their volatility coefficient - allowing a considerable reduction in production costs. Considering that the daily production quantities of these substances is currently in the order of a few tens of kilos and that the market is expanding rapidly, one can see the importance of the project and the considerable potential of this plant, which will be unique in terms of its type and size even at an industrial level”. The Aria Project, which started in 2015, requires a well approximately 350 m deep in order to anchor the distillation column as it would be impossible to build a support structure having similar dimensions above ground. This is why it was decided to use the 350 m deep shaft of a coal mine in the Province of South Sardinia run by Carbosulcis S.p.A., which is owned by the Sardinia Region.

“The prototype plant, Seruci 0, named after the mining site, is currently under construction. This is a reduced-scale column compared to the one that will be used in the final system”, explains Federico Gabriele. “Instead of the 28 central modules of the final system, this column consists of a single central module, a top module and a bottom module and is installed above ground rather than underground. All the equipment required for the operation of the column are the same as those that will be used for the final plant, Seruci 1. Once all the tests have been completed and the support structures have been installed in the shaft, Seruci 0 will be disassembled and rebuilt at the final installation site, with the 28 modules envisaged by the project and with a total height of about 350 m.”

The final project involves the construction of the distillation column, the core of the system, and the liquid nitrogen refrigeration system. The equipment provided by Vanzetti Engineering consists of two liquid nitrogen booster pumps that are used to move the liquid nitrogen from the bottom to the top of the column and they are installed in the auxiliary refrigeration circuit. These two identical VT-1 Series reciprocating cryogenic pumps act as a backup to each other. Very briefly, this process involves the continuous heat exchange between two cryogenic fluids, which causes the natural transition of the heavier argon layers inside the column. This movement, through repeated evaporation and condensation cycles, promotes the extreme purification of the argon, the ultimate aim of which is to eliminate unwanted substances that could affect the results of the scientific experiments conducted on dark matter.

The cryogenic pumps are one of the few elements of the system that are installed at the bottom of the mineshaft. Vanzetti Engineering’s VT-1 pumps were chosen because in addition to guaranteeing a head of 350 m they are also able to operate perfectly and continuously (24/24) even in closed high humidity environments.

Oxygen, nitrogen and hydrogen are small molecules that are essential for life, matter and energy. Today, Vanzetti Engineering is a recognised Italian supplier of cryogenic pumps and systems for many important projects that are not only based on LNG, but also on atmospheric gases. To meet the market demand for gas control, storage and regulation equipment, Vanzetti Engineering manufactures pumps and pumping systems for the transfer of cryogenic liquids obtained from the atmospheric distillation of air at very low temperatures. The components of air include nitrogen, oxygen, argon, carbon dioxide and other gases that are known as industrial or atmospheric gases.

Read the article online at: https://www.hydrocarbonengineering.com/special-reports/06052022/cryogenic-pumps-for-research/