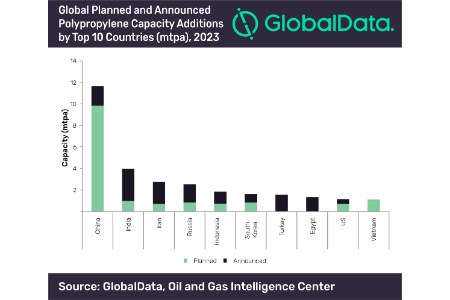 The company’s report, ‘Global Polypropylene Industry Outlook to 2023 – Capacity and Capital Expenditure Forecasts with Details of All Active and Planned Plants’ reveals that around 108 planned and announced plants are scheduled to come online, predominantly in Asia and the Middle East, over the next four years.

Dayanand Kharade, Oil and Gas Analyst at GlobalData, says: “Increasing polypropylene demand mainly from packaging, due to urbanisation and growing income levels, are contributing to large capacity additions in China and India. These two countries are forecast to account for 40% of the global capacity addition during the outlook period.”

Read the article online at: https://www.hydrocarbonengineering.com/petrochemicals/24062019/polypropylene-capacity-increases-to-be-led-by-china-and-india/