Gevo, Inc. has announced that it has entered into an agreement with Musket Corporation to supply isobutanol for blending with gasoline. Musket is a national fuel distributor under the umbrella of the Love’s Family of Companies. Initial target markets are expected to include the marine and off road markets in Arizona, Nevada, and Utah.

The supply programme is expected to begin with railcar quantities of isobutanol (a railcar holds approximately 28 - 29 000 gal.). As isobutanol production ramps up at Gevo’s production facility in Luverne, Minn., and isobutanol-blended gasoline becomes more established at retail outlets, Musket expects to expand its purchase quantities.

Musket is initially targeting retail pumps at Lake Havasu in Arizona, followed by other large marine markets such as Lake Powell, Lake Mead, as well as other large lakes in the western states. Later, Musket also anticipates expanding distribution into its core Oklahoma market.

Gasoline demand for the marine market in the US is estimated to be approximately 1.7 billion gal./y (According to US Energy Information Administration Annual Energy Outlook 2014). The National Marine Manufacturers Association has endorsed the use of Gevo’s isobutanol in the marine fuel market because of the superior properties of isobutanol-blended gasolines, namely: prevent moisture absorption and phase separation; reduce engine corrosion; provide higher energy content; and contain a high octane rating.

“We believe Musket is an excellent partner to expand the use of isobutanol in gasoline blends, as our isobutanol production at Luverne builds. Musket and Love’s are significant players in fuel distribution and retail in the US, so they have great reach to get our isobutanol into the market,” said Dr. Patrick Gruber, Chief Executive Officer of Gevo.

Read the article online at: https://www.hydrocarbonengineering.com/petrochemicals/20062016/gevo-signs-supply-agreement-with-musket-corporation-for-isobutanol-for-gasoline-blending-3546/ 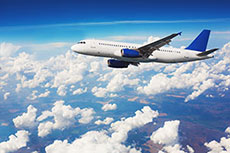 Gevo has provided an update on the alcohol to jet kerosene certification process.

A round up of some of the latest news from the petrochemicals industry.

According to the EIA’s ‘This Week In Petroleum’ report, gasoline prices have decreased, while propane inventories were higher on 21st August 2013.