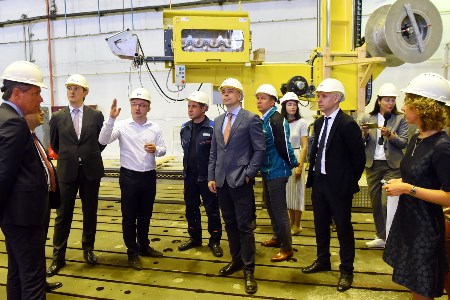 The ceremony showcased an advanced oil and gas spiral heat exchanger, produced in Russia, for the first time as part of localisation efforts at the Power Machines industrial site.

The spiral heat exchanger was made using domestic parts and materials and its design was developed by Linde. The equipment can withstand temperature fluctuations of up to 400oC and demonstrates enhanced efficiency of heat exchange with much lower metal consumption compared to traditional designs.

The unit, developed for the purpose of preheating and cooling nitrogen-helium mixture, will become a key link in the helium production chain at the Amur GPP.

The heat exchanger will be delivered to the site of the Amur GPP, where core process equipment is currently being assembled. A total of three such units will be produced for the GPP.

Read the article online at: https://www.hydrocarbonengineering.com/gas-processing/23072018/spiral-heat-exchanger-set-for-amur-gpp/