Essar has announced that the coal bed methane (CBM) production from its flagship project, Raniganj (East) has crossed 1 million m3/d. Essar has become the first company in India to achieve the one million milestone.

CBM production assumes an added significance to the State of West Bengal as hydrocarbon discovery on a commercial scale in the conventional reservoirs such as sandstone or limestone is yet to materialise. With Raniganj (East) Block on stream, the quest for unconventional energy resources has begun in West Bengal.

The Raniganj (East) Block has sizeable CBM reserves with 25 - 30 years of field life. The 2016 reserve report from Netherland Sewell & Associates, Inc. (NSAI), US, have certified the proven, probable and possible gross CBM reserves in the Raniganj (East) Block at 1.09 trillion ft3. The block is assessed to have additional resources in the ‘contingent’ category of around 270 billion ft3.

“CBM offers a new energy frontier as India evolves to a gas-based economy. Delivering one million m3/d from Raniganj Block marks the beginning, as the potential is tremendous and the company has definitive plans to ramp up CBM production from 350 wells to two million m3/d by March 2017 wells and reach a plateau of three million m3/d by mid 2017 - 18” said Manish Maheshwari, CEO-E&P, Essar.

Essar has commenced supply of CBM, presently at around 200 000 m3/d, for pre-commissioning activities to Matix Fertilisers, one of the world’s largest single stream urea plant and the first designed for CBM as the feedstock. With installed capacity of 1.3 million tpy urea at an investment of Rs. 6000 crores, Matix Fertilisers shall commence urea production using CBM from Raniganj in 3Q16 - 17.

With a cumulative investment of INR 3300 crores till date, the company has drilled and fracked nearly 300 wells and established best in class infrastructure to produce, condition, compress and deliver CBM gas to the industrial consumers in the catchment area of Durgapur.

Read the article online at: https://www.hydrocarbonengineering.com/gas-processing/13072016/essar-reaches-coal-bed-methane-production-milestone-for-india-3701/ 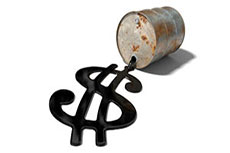