On the 8th of July, 2016, the Connecting Europe Facility (CEF, part of the EU financing program) Coordination Committee approved the financial support of €15 million for the joint project ‘Blue Baltic’”, which expands liquefied natural gas (LNG) bunkering network across the Baltic Sea.

The EU support is dedicated to five companies including SC Klaipedos nafta (the company). The company should receive approximately €4 million of the total EU funds.

’Blue Baltics’ comprises a series of investments, including one in an LNG mobile facility for the bunkering of LNG ships in Lithuania, Sweden, Estonia and Germany. Furthermore, the investment will go towards an upgrade of an LNG infrastructure in Klaipeda, the expansion of an LNG fuelling infrastructure in Estonia and the upgrade of an LNG distribution terminal in Sweden, also, a bunkering vessel in Germany will be implemented during the project.

The foreseen accomplishment of the project has been projected by the end of 2Q19.

Read the article online at: https://www.hydrocarbonengineering.com/gas-processing/13072016/cef-approves-blue-baltics-15-million-euros-funding-3698/ 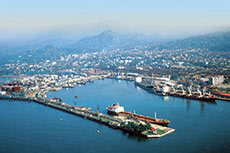