Cheniere Energy Inc. and GAIL (India) Limited have commenced a 20-year sale and purchase agreement (SPA) to supply US-sourced LNG to India from Cheniere’s Sabine Pass liquefaction facility in Louisiana. The commencement of the agreement was marked with one of GAIL’s first shipments departing from the facility. 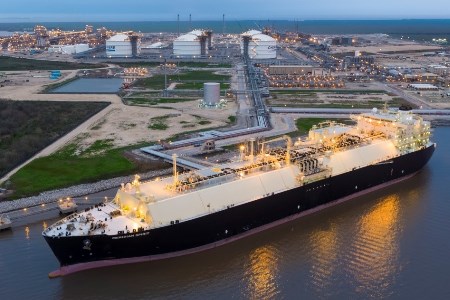 The SPA, which was signed in December 2011, commenced on 1 March 2018. Under the terms of the SPA, Cheniere shall sell and make available for delivery to GAIL approximately 3.5 million tpy of LNG.

The ship will set sail after a ceremony at Sabine Pass in the presence of Cheniere President and CEO Jack Fusco and GAIL Chairman and Managing Director Mr. B.C. Tripathi, who were joined by Consul General Dr. Anupam Ray, as well as representatives from Cheniere and GAIL.

“GAIL is one of the foundation customers of Cheniere having signed the contract in 2011. With supplies commencing from the US, GAIL will have a diversified portfolio both on price indexation and geographical locations,” said Tripathi. “This long term agreement would go a long way in strengthening the relationship between GAIL and Cheniere and reinforcing India-US trade ties,” he added.

Read the article online at: https://www.hydrocarbonengineering.com/gas-processing/06032018/cheniere-and-gail-commence-lng-contract/