GBN and ASBC comments highlighted the risks to businesses nationwide from climate change. Methane is a potent greenhouse gas, and recent research from Harvard demonstrates that methane emissions in the central US increased by more than 30% between 2002 and 2014. These methane emissions are significantly undermining the reductions the US has achieved in CO2 emissions and are worsening global warming. Small businesses in general are vulnerable to climate change, and have less resources to adapt to it. Impacts include disrupting distribution, interrupting farming and production, and rising healthcare costs for employees.

"Climate change represents a huge risk to small businesses nationwide," said Todd Larsen, Executive Co-director of Green America. "Currently, the oil and gas industry allows enormous amounts of methane to be wasted each year on public lands. Those methane leaks contribute directly to global warming. Small business leaders nationwide are calling for a reduction in emissions to protect the economy and create businesses opportunities over the next decade."

"We already see the risks to businesses from climate change," said Richard Eidlin, Vice President of Policy and Campaigns of ASBC. "At the same time, businesses are at the forefront of companies providing methane mitigation. The BLM's rules will help to spur clean energy innovation and jobs in the US, while helping to protect the environment and economy for decades to come. That's good for business."

The groups also called on BLM to strengthen its proposal, including:

Read the article online at: https://www.hydrocarbonengineering.com/the-environment/22042016/blm-methane-regulations-on-public-lands-backed-by-green-business-3106/

The refinery has completed a scheduled overhaul of hydrocracking, hydrogen production, base oil production and elemental sulfur production facilities. 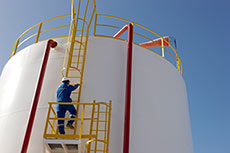 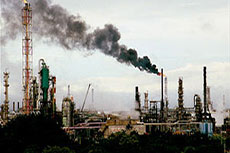