Exxon Mobil Corporation and FuelCell Energy, Inc. have announced an agreement to pursue novel technology in carbon dioxide capture through a new application of carbonate fuel cells, which could substantially reduce costs and lead to a more economical pathway toward large scale application globally.

“Advancing economic and sustainable technologies to capture carbon dioxide from large emitters such as power plants is an important part of ExxonMobil’s suite of research into lower emissions solutions to mitigate the risk of climate change,” said Vijay Swarup, Vice President for Research and Development at ExxonMobil Research & Engineering Company. “Our scientists saw the potential for this exciting technology for use at natural gas power plants. We sought the industry leaders in carbonate fuel cell technology to test its application in pilot stages to help confirm what our researchers saw in the lab over the last two years.”

Chip Bottone, President and Chief Executive Officer of FuelCell Energy, Inc., said his company is pleased to bring its global leadership in the development of carbonate fuel cells to this project. “Carbon capture with carbonate fuel cells is a potential game changer for affordably and efficiently concentrating carbon dioxide for large scale gas and coal-fired power plants,” Bottone said. “Ultra clean and efficient power generation is a key attribute of fuel cells and the carbon capture configuration has the added benefit of eliminating approximately 70% of the smog-producing nitrogen oxide generated by the combustion process of these large scale power plants.”

The resulting net benefit has the potential to substantially reduce costs associated with carbon capture for natural gas-fired power generation, compared to the expected costs associated with conventional separation technology. A key component of the research will be to validate initial projected savings of up to one third.The scope of the agreement between ExxonMobil and FuelCell Energy will initially focus for about one to two years on how to further increase efficiency in separating and concentrating carbon dioxide from the exhaust of natural gas-fuelled power turbines. Depending on reaching several milestones, the second phase will more comprehensively test the technology for another one to two years in a small scale pilot project prior to integration at a larger scale pilot facility.

ExxonMobil is a leader in carbon capture and sequestration and has extensive experience in all of the component technologies of carbon capture and storage, including participation in several carbon dioxide injection projects over the last three decades. In 2015, ExxonMobil captured 6.9 million tons of carbon dioxide for sequestration – the equivalent of eliminating the annual greenhouse gas emissions of more than 1 million passenger vehicles.

“We are continually researching technologies that have an ability to reduce carbon dioxide emissions,” Swarup said. “Most solutions that can make an impact of the scale that is required are not found overnight. Our research with FuelCell Energy will be conducted methodically to ensure that all paths toward viability are explored.”

Read the article online at: https://www.hydrocarbonengineering.com/the-environment/05052016/exxonmobil-fuelcell-energy-pursue-ccs-carbon-capture-technology-3215/ 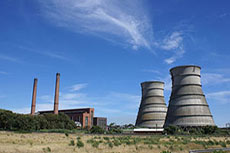