BIMCO’s expectations remain as the oil product tanker fleet continues to grow with earnings at the lowest since 3Q14. But, there is still money to be made in the second half of 2016. The oil product tanker market has reached a net fleet growth of 4.3 million deadweight tonnage (DWT) so far in 2016. That is well in line with BIMCO’s full estimate of 8.5 million DWT for the full year 2016. The main drivers of the total growth continue to be the medium ranges (MRs) and large range 2 (LR2s).

With a net fleet growth of 5.8% in 2015, the oil product tankers are looking to continue the trend of elevated supply growth with 3% growth so far in 2016 – for the full year BIMCO expects 6%.

Chief Analyst Peter Sand commented, “The LR2s and MRs are the leading segments for fleet growth in the oil product tanker market – in percentage as well as DWT in 2014 and 2015. This trend continues into the first half of 2016. Based on the current and anticipated new orders, BIMCO expects the net fleet growth in 2016 to be around the same level as in 2015 and likely to come down in 2017.

The earnings have been in decline since the beginning of 2016 and are actually at the lowest since 3Q14. The reason for the decline is a combination of fleet growth alongside the deceleration of oil product stock building that was seen at the end of 2015 and early 2016. This is diminishing demand growth. While oil product production has been running ahead of end consumption, oil product tanker demand has risen above trend.

All four oil product tanker segments have experienced an overall decline in earnings in 2016, with the LR2 seeing a 54% decline from US$33 966/d from 1 January 2016 to US$15 703/d on 24 June 2016. Peter Sand added, “Due to our expectations that the freight rates would decline, we recommended back in January to fix some capacity on longer timecharters for companies with a high exposure to the spot market. We still see this need. As the spot rates are declining it is important to manage your risk and exposure to the market, as earnings could drop even further.”

Despite the demand side growing more than anticipated, the inflow of new tonnage has affected the freight market fundamentals and led to the present earnings.

The demand growth for global oil according to The International Energy Agency (IEA) is up by 1.4 million bpd year on year for 1Q16, compared to the previous expected 1.2 million bpd. Furthermore, they expect the demand and supply for global oil to be in balance in 3Q16.

Peter Sand said, “This balance puts an overhanging risk onto the global oil stockbuilding, which we have seen being built up on a large scale since mid-2014. When the global oil supply no longer outstrips global oil demand and the refineries cannot take advantage of the low and volatile crude oil prices, they do not contribute to further stockbuilding.

The increase in global oil demand and eventual levelling out over supply of oil means we will stop building stocks. We may even begin to draw down on the swollen stocks. This in turn presents an outside risk to the oil product tanker market. However, we could also see the new stock levels become permanent and so the tanker demand will not be affected in this way. Only time will tell how the dynamics will play out.”

Read the article online at: https://www.hydrocarbonengineering.com/tanks-terminals/30062016/bimco-oil-product-tankers-earnings-decline-stock-building-slows-3612/ 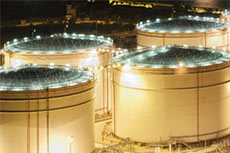 VOTL of Essar Ports has been named as the best performing terminal in the Kandla Port Trust. 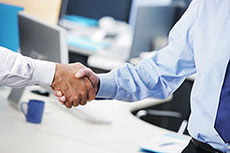 CortecCros is now a fully owned subsidiary of Cortec Corporation. 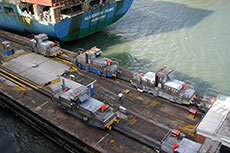 The Panama Canal expansion will allow the transit of larger ships, with greater volumes of oil and LNG, according to the EIA.