Iran has wavered the international oil market again after it announced it has no plans to freeze its oil production before the next Organisation of the Petroleum Exporting Countries (OPEC) meeting in Vienna on 2 June.

After sanctions on Iran’s oil production were lifted in January 2016, the country has been determined to raise its crude exports to pre-sanctions levels in order to regain market share, suggesting very little likelihood of a deal being struck at the meeting next month.

As reported by Reuters, Iran’s Deputy Oil Minister Rokneddin Javadi said, "Under the present circumstances, the government and the Oil Ministry have not issued any policy or plan to the National Iranian Oil Company (NIOC) towards halting the increase in the production and exports of oil." Javadi continued, "Currently, Iran's crude oil exports, excluding gas condensates, have reached 2 million bpd…Iran's crude oil export capacity will reach 2.2 million bbls by the middle of summer."

After the failure of the previous OPEC meeting to come to a conclusion on a production cap, Saudi Arabia maintained its crude output levels in order to defend its market share from other competitors, particularly US shale producers, leading to a supply glut and a further fall in crude prices. At the time of publication of this article, Brent crude rested at US$48/bbl (£33/bbl), a slither of the US$115/bbl it was trading for in mid-2014, though a marked improvement from the low of US$27.50/bbl in January 2016.

As reported by Inquirer, CMC Markets Senior Sales Trader Alex Wijaya told AFP that the revelation of Iran’s unwillingness to cut production has ‘dashed rising confidence among traders on a tightening of the supply-demand equation’. The ongoing supply glut combined with the steady reduction of US output and Nigerian and Canadian cutbacks have also caused further uncertainty and volatility in the market.

As reported by RTE, recent acts of terrorism in Nigeria and the wildfires of Fort McMurray have threatened a resumption of production. The fires in the Fort McMurray area have forced the evacuation of 100 000 residents and the oil facilities to the north, and have caused mass interruption to the extraction and refining of an estimated 1.2 million bpd.

However, Wijaya continued to say that traders’ would now shift their focus towards long term supply issues. “There is concern that supply could still exceed demand at this point of time,” Wijaya said. “The key going forward is the OPEC meeting. If there is a strong agreement from the meeting and concrete implementation, the market will react to this,” he added, as reported by Inquirer.

Read the article online at: https://www.hydrocarbonengineering.com/refining/23052016/iran-refuses-to-cut-oil-production-output-3372/ 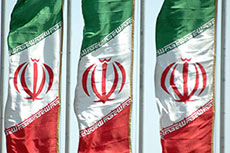 The lifting of EU and US sanctions on Iran under the JCPOA poses both opportunities and uncertainties for the oil and gas sector. 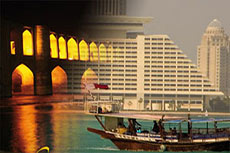 While recent international discussion between OPEC and non-OPEC countries have improved oil prices, Iran has objected claiming an output freeze would be ‘illogical’. 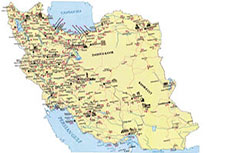 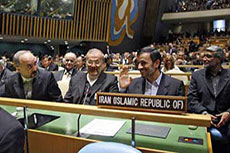 Plans to build oil refineries in Europe, with Iranian investment and crude oil, have almost been finalised.