During 2015, US crude oil prices stayed relatively low, with the spot price of West Texas Intermediate crude oil declining from US$47/bbl in January to US$37/bbl in December. Despite low crude oil prices and a 60% drop in the number of operating oil and natural gas rigs, US petroleum supply still increased by 1.0 million bpd in 2015. US natural gas production increased by 3.7 billion ft3/d, with nearly all of the increase occurring in the eastern US. 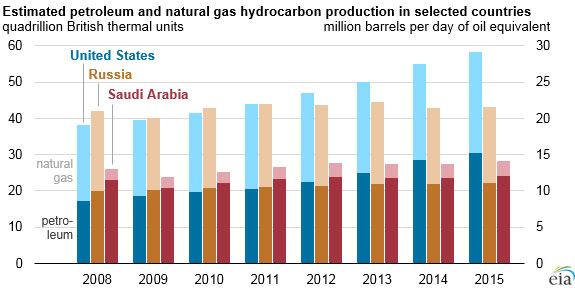 Read the article online at: https://www.hydrocarbonengineering.com/refining/23052016/eia-us-continues-as-top-petroleum-producer-3373/

A settlement amount of US$150 million will be paid by YPF to Exmar in consideration of the early termination of the agreements and withdrawing the arbitration proceedings.