While visiting these industries and universities, San Andrés promoted the Turbo Lab’s continuing education events, namely the 2016 Turbomachinery & Pump Symposia (TPS), set for 12 - 15 September in Houston, Texas, and the Asia Turbomachinery & Pump Symposium (ATPS), returning to Singapore in March 2018. TPS and ATPS are recognised by industry leaders as the premier venues for educating and training practicing engineers in the fields of rotating machinery design, construction, operation and troubleshooting. Several Chinese manufacturers are slated to exhibit at TPS 2016 and several Chinese engineering faculty and students are expected to attend.

Read the article online at: https://www.hydrocarbonengineering.com/refining/22082016/texas-am-turbomachinery-laboratory-increase-recognition-efforts-china-3955/ 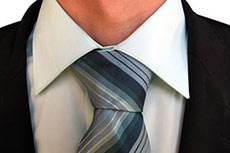 TPC Group has announced that Ed Dineen has been appointed Chairman, President and Chief Executive Officer of the company.