As examples, Lambert pointed to the continued success of the company's breakthrough G1 self-contained breathing apparatus (SCBA), the recent acquisition of Latchways, and the company's restructuring programme that was executed in late 2015.

"In addition to making investments that drive profitable core product revenue growth, managing our cost structure continues to be a top priority in light of the headwinds we are seeing in key end markets and geographies. Despite these challenges, we remain committed to making strategic investments that help us capture market share, expand operating margins, and enhance the value we deliver to shareholders," Lambert concluded.

The Americas and International segments were established on 1 January 2016. The Americas segment is comprised of operations in the US, Canada, Mexico and Latin America. The International segment is comprised of operations in all other parts of the world including Europe, Africa, the Middle East, India, China, South East Asia and Australia. Certain global expenses are now allocated to each segment in a manner consistent with where the benefits from the expenses are derived. The 2015 segment results have been recast to conform with current period presentation.

Constant currency SG&A expense highlights spending patterns excluding fluctuating foreign currencies. Organic constant currency SG&A expense highlights the impact of the Latchways acquisition. These metrics provide investors with a greater level of clarity into spending levels on a year-over-year basis. MSA's definition of this metric may not be comparable to metrics used by other companies. As such, management believes that it is appropriate to consider SG&A expense determined on a GAAP basis in addition to these non-GAAP measures.

Read the article online at: https://www.hydrocarbonengineering.com/refining/21072016/msa-safety-releases-2q16-results-3754/ 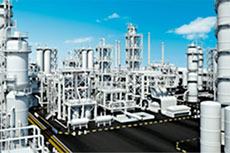 Only the combination of functional safety and cybersecurity ensures the overall safety of industrial plants. 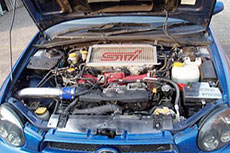