Honeywell UOP has announced that it earned 671 patents for new inventions globally during 2015, including 247 in the US.

Most of the new patents relate to inventions that more efficiently convert hydrocarbons into transportation fuels and petrochemical products, making better use of the petroleum and natural gas feedstocks while consuming less energy.

“This milestone illustrates our commitment to research, which provides the inventions that are the basis for dozens of new products we introduce every year,” said Jim Rekoske, vice president and chief technology officer for Honeywell UOP. “In fact, our company has earned a larger number of patents in each of the last four years, helping us to maintain its position as the leading center of research and development for the global oil and gas industry.”

Many of the inventions relate to hydrocracking. These advanced catalytic processes are used to produce more powerful, clean burning fuels.

Other patents cover improved processes to make high-quality biodegradable detergents, or linear alkylbenzene (LAB), a technology pioneered by Honeywell UOP nearly 50 years ago. One of these inventions is a method to make LAB from renewable feedstocks, rather than petroleum. Today, nearly 90 percent of the world’s biodegradable detergents are made with Honeywell UOP technology.

The company also earned several patents for membranes, which are used to separate chemical mixtures in refining and petrochemical manufacturing, and to remove corrosive elements from natural gas so it can be safely transported and used. These inventions provide higher selectivity and throughput to reduce the amount of energy that must be used to make those products.

“By the middle of this century, the world’s middle class will grow from 2 billion people to 5 billion, and world GDP will double to about US$120 trillion, driving a 40-percent increase in world energy consumption,” Rekoske said. “But technological improvements - including those from Honeywell UOP - will make energy use 35 percent more efficient.”

“These new technologies in chemistry, process technology, mechanical design and other fields, convert more of the world’s precious hydrocarbon feedstocks into fuels, chemicals and energy, and do it far more efficiently and with far less waste,” he said. “This all translates into a cleaner world and more profitability for our customers in the oil and gas industry.”

Read the article online at: https://www.hydrocarbonengineering.com/refining/13062016/honeywell-uop-earns-record-number-of-patents-2616/ 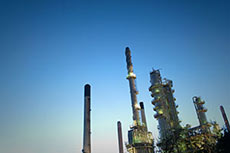 Honeywell has earned the highest CMMI rating for software and development process maturity. 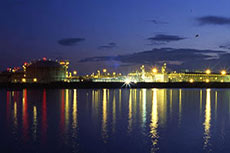 Honeywell Enraf has released a new multi stream controller for loading that completes the Fusion4 portfolio.