A year after the explosion at ExxonMobil’s Torrance refinery led to its shutdown, the facility has returned online, however, members of the local community are concerned about its safety and the impact it has on the environment and local air quality.

In February 2015, an explosion at the refinery injured two people and launched an 80 000 lb piece of equipment within feet of a highly volatile and toxic substance unit containing modified hydrofluoric acid (MHF).

In January 2016, after several federal investigations, officials said the improper adherence to safety guidelines were a contributing factor to the cause of the incident and that if the heavy equipment had hit the unit, housing the MHF, the consequences of the explosion could have been “catastrophic".

As a safety precaution ExxonMobil shutdown a pollution control device for six hours during the restart process. According to City News Service, the shutdown would cause approximately 600 lbs of excess particulate emissions, however, the South Coast Air Quality Management District (AQMD) officials are not expecting local residents to experience any increased risk to unhealthy levels of emissions. Although, some schools have said they will place restrictions on children’s outdoor activities during the process.

According to Take Two, while the restart progressed, the AQMD had air pollution scientists monitoring the air quality inside the refinery and in the nearby neighbourhoods, as well as driving two vehicles around the surrounding area, South Coast AQMD spokesman Sam Atwood said.

“During the shutdown we really didn’t come close to exceeding any health-based thresholds set by both the state and federal governments for fine particulate pollution,” Atwood said. “The next step is to closely evaluate whether ExxonMobil was in full compliance with the order for abatement [of pollution during the restart]. We didn’t observe any violations but we will make sure they were in compliance.” Atwood concluded.

One local resident and member of the Torrance Refinery Action Alliance, Steve Goldsmith, told KPCC's Take Two show that his family spent the night in Santa Monica as they didn’t trust the air quality. Goldsmith said his views were reflective of a large proportion of the local community who has become sceptical of the safety of the plant since the accident, believing that maintaining a refining process that involved hydrofluoric acid is more dangerous than the available alternative methods.

Sam Atwood responded to these concerns with the promise of a study from the AQMD with a firm that has experience in oil refineries in order to determine the safety of the ExxonMobil operations.

In April, a hearing board from the AQMD set out the requirements for a restart, saying it would charge ExxonMobil US$5 million in penalties for the air pollution violations from the February 2015 blast. Likewise, State regulators issued 19 citations against ExxonMobil and penalties totalling US$566 600.

Read the article online at: https://www.hydrocarbonengineering.com/refining/11052016/exxonmobil-torrance-refinery-back-online-local-residents-concerned-3267/ 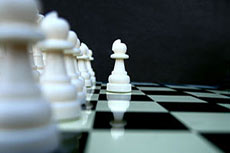 ExxonMobil and FuelCell Energy, Inc. have announced their joint pursuit of novel technology in carbon capture and storage. 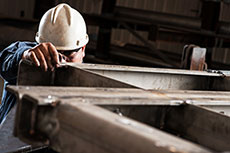 ExxonMobil will shut its Beaumont refinery for up to 90 days as part of its routine maintenance. 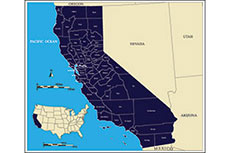 ExxonMobil has reached an agreement with PBF Energy Inc. for the sale and purchase of its refinery in Torrance, California, US. 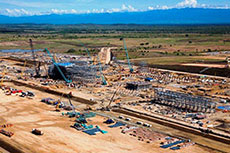 ExxonMobil Corporation has announced that the PNG LNG project in Papua New Guinea has started producing LNG ahead of schedule.