Bankers Petroleum Ltd. (Bankers or the company) is pleased to announce the signing of a conditional domestic offtake crude oil sales agreement with Ionian Refining and Trading Co. – IRTC SH.A. (IRTC). The agreement will become effective upon receipt by Bankers of the Albanian Government's approval of the company's proposed drilling programme for the fourth quarter of 2016 (4Q16) and in respect of amendments to lifting procedures between the company and Albpetrol Sh.A for handling of Albpetrol's share of volumes from the Patos-Marinza oilfield.

Once effective, Bankers may sell up to 65% of its crude oil production under the agreement pursuant to which the company will receive payment security in advance of crude deliveries. In accordance with the agreement, deliveries will be made from 1 October 2016 through to 31 December 2017.

Pricing for crude oil sales made under the agreement is equivalent, on a full cost basis, to the pricing obtained by Bankers for its export sales, after accounting for reduced transportation and terminal fees. IRTC will process the crude oil at the domestic Fier and Ballsh refineries in Albania. The balance of Bankers' production will continue to be sold to the export market. Bankers is pleased to see the domestic refining market re-emerge as an employer in the region and welcomes working with the Albanian Government, its agencies and IRTC to see this agreement come to fruition.

Bankers and Geo-Jade Petroleum Corporation remain committed to completing the corporate transaction pursuant to an arrangement agreement dated 19 March 2016. The transaction is expected to close before 30 September 2016 and remains subject to the regulatory approval of the Chinese State Administration of Foreign Exchange. Following successful completion of the transaction, Bankers Shares will be delisted from the Toronto Stock Exchange and the AIM market of the London Stock Exchange.

Read the article online at: https://www.hydrocarbonengineering.com/refining/01092016/bankers-petroleum-signs-domestic-crude-oil-sales-contract-3999/ 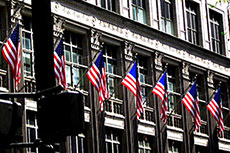 According to the US Energy Information Administration, crude oil and lease condensate production is at the highest volume since 1986. 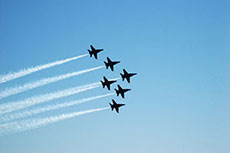 Check-6 has announced the launch of the company’s Checklist Ops with RIGOR, an intuitive checklist-based mobile app.