Alan Kelly, President of ExxonMobil Fuels, Lubricants and Specialties Marketing Company, has announced his intention to retire effective 1 August, 2016, after more than 34 years of service.

Kelly, 59, was appointed President, ExxonMobil Lubricants and Petroleum Specialties Company, and elected as a Vice President of the corporation effective 1 December 2007. Kelly began his career with the company in 1981. He held a variety of positions in the UK, the Netherlands, Japan and the US, working in fuels and lubricants marketing, and in refinery logistics and supply operations. In 2001, he was appointed regional director, North America, ExxonMobil Lubricants & Petroleum Specialties Company. Kelly became General Manager, Corporate Planning, Exxon Mobil Corporation, in 2003.

Milton, 51, joined Exxon Chemical in 1986 at Fawley in the UK, where he worked in various plant and developmental engineering roles including assignments as operations manager and as plant manager. He also spent time in upstream natural gas commercial sales.

Milton held various leadership positions within ExxonMobil Chemical Company in Houston, Texas, and in 2004 was named managing director for ExxonMobil Aviation fuels, based near London, UK. He was appointed manager of the Baton Rouge chemical plant in 2006, and in 2008 he was assigned executive assistant to the Chairman and CEO of Exxon Mobil Corporation. In 2009, he was appointed Vice President of Basic Chemicals for ExxonMobil Chemical Company. Milton was appointed to his current position in 2011. A native of Scotland, Milton earned a bachelor’s degree in chemical engineering at Heriot-Watt University in Edinburgh.

Read the article online at: https://www.hydrocarbonengineering.com/refining/01072016/exxonmobil-announce-bryan-milton-as-president-after-alan-kelly-retirement-3626/ 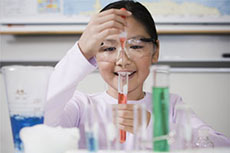 ExxonMobil is inspiring girls to consider careers in science, technology, engineering and math (STEM) through its 13th annual ‘Introduce a Girl to Engineering Day’ programme. 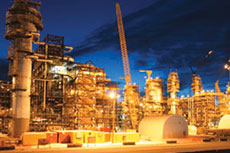 The Kearl expansion project begins production ahead of schedule and production capacity increases to 220 000 bpd.