North Dakota ethanol producer Red Trail Energy, LLC (RTE), and the Energy & Environmental Research Center (EERC), a worldwide leader in the development of solutions to energy and environmental challenges, have been awarded US$490 000 by the North Dakota Industrial Commission’s Renewable Energy Program in support of a study examining the integration of carbon capture and storage (CCS) at a North Dakota ethanol facility to reduce the carbon footprint associated with ethanol production.

“Using CCS to reduce the carbon intensity (CI) of North Dakota ethanol demonstrates the commitment of the industry to environmental stewardship as well as contributes to the long term sustainability of ethanol production in the state,” said Gerald Bachmeier, RTE Chief Executive Officer. “CCS may be an economical option for reducing the CI of ethanol to qualify for market incentives by meeting low carbon fuel programs in other states,” he said.

The study will determine the technical and economic parameters of installing and operating a commercial CCS system at RTE’s ethanol manufacturing facility near Richardton, North Dakota. The facility produces approximately 63 million gal./y of ethanol.

The Broom Creek Formation, located approximately 6400 ft below the RTE facility, will be considered the main target injection point for potential geologic storage of the CO2. According to previous studies conducted by the EERC, this formation is expected to be an ideal storage target.

More broadly, the project will provide a template for implementation within the state and promote North Dakota renewable energy production. The total project, with cost share, is valued at US$980 000.

Read the article online at: https://www.hydrocarbonengineering.com/petrochemicals/12082016/rte-eerc-explore-ccs-integration-ethanol-facility-3911/ 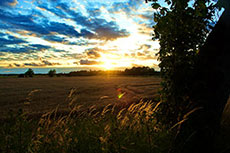 The American Petroleum Institute has said that consumer demand for ethanol free gasoline is strong and rising.