Williams Partners L.P. has announced that it has initiated an adviser-led process to explore the monetisation of its indirect ownership interest in the Geismar, Louisiana olefins plant and complex. The process may result in a sale or a long term, fee for service tolling agreement.

Williams Partners currently holds an approximate 88.5% undivided ownership interest in the Geismar olefins plant and is operator of the facility. In 2015, Williams Partners placed in service an expansion of the facility that increased its ethylene production capacity by 600 million lbs/y, for a total production of 1.95 billion lbs of ethylene and 114 million lbs/y of propylene. The plant is a predominantly ethane-fed, light-end natural gas liquids cracker. Williams has held an ownership stake in the Geismar plant since 1999.

“This premiere olefins production facility on the Gulf Coast benefits from a recent expansion, access to significant US shale gas reserves, proximity to a variety of transport logistics options and an experienced team of employees who have run the facility safely and reliably since the expanded plant came into operation,” said Alan Armstrong, Chief Executive Officer of Williams Partners’ General Partner.

“Given the attractive long term outlook for US ethylene crackers, we believe our Geismar plant presents an attractive investment opportunity for potential buyers, especially those seeking to quickly backward integrate into ethylene in the U.S. Gulf Coast,” Armstrong said. “In addition, we believe this asset provides an attractive value proposition for those considering the timing and cost overrun risks of building a new ethylene facility in the US Gulf Coast in the coming years.”

Armstrong added, “We believe the potential monetisation of this asset would create significant value for Williams Partners and our decision to explore alternatives with respect to the Geismar olefins plant is consistent with Williams’ strategy to narrow its focus and allocate capital to its strong core, natural gas focused business.”

If the process results in a sale, Williams Partners would expect to use a portion of the proceeds to reduce debt in order to maintain investment-grade credit metrics and the balance of the proceeds would reduce planned equity issuances.

This Geismar announcement follows the 8 August 2016 announcement by the partnership and Williams that they have agreed to sell their Canadian businesses to Inter Pipeline Ltd. for combined cash proceeds of CAN$1.35 billion. The Canadian transaction is expected to close in 2016.

Read the article online at: https://www.hydrocarbonengineering.com/petrochemicals/07092016/williams-partners-to-monetise-geismar-olefins-facility-4036/ 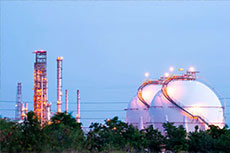 Williams Partners has advanced its Gulf Connector Project by filing for an application with the FERC to serve two Gulf Coast LNG export facilities. 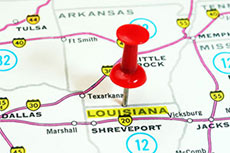 Praxair has announced it will invest US$100 million in the expansion of its Geismar, Louisiana facility.