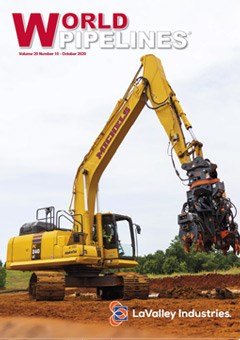 Final hurdles for Nord Stream 2
German Chancellor Angela Merkel has been urged to drop her support for the Nord Stream 2 pipeline project following the poisoning of Russian opposition leader Alexei Navalny on German soil. German Foreign Minister Heiko Maas said to press after the incident: “I hope the Russians don’t force us to change our position on Nord Stream 2,” as the row with Moscow intensified over the poisoning of the Kremlin critic.

There have been repeated calls for former German Chancellor Gerhard Schröder to step down from his positions at Russian state-owned energy companies, including his role as chairman of the shareholders’ committee of Nord Stream 2, in response to the Navalny poisoning.

It’s not clear if the poisoning (for which Russia has denied responsibility) could thwart the future of the pipeline, but it comes as opposition to the project is building.

A resolution passed by the European Parliament in mid September called for the reinforcement of existing EU sanctions against Russia and to halt the Nord Stream 2 pipeline. The text of the resolution was passed by 83% of the EU Parliament but the body has no jurisdiction in this area.

The EU has so far signalled readiness to consider sanctions against the project if Russia failed to conduct a transparent investigation in full co-operation with the Organisation for the Prohibition of Chemical Weapons, the European Council told press. But any decision to impose sanctions has to be preceded by political agreement by the member states.

The last few months have also seen increased threats of sanctions from the US and some attempts by the US to organise a coalition of project opponents.

The pipeline, which runs 2400 km from Lubmin to Vyborg through the Baltic Sea, has just 150 km left to be laid. The project is all but finished.

In yet another twist, Reuters reported on 23 September that the world’s largest group of shipping insurers will not insure vessels involved in the construction of Nord Stream 2, or TurkStream.1 In a circular, members of the International Group of P&I Clubs were “strongly urged to assess and mitigate the risks of entering into contracts on the Nord Stream 2 or TurkStream construction projects and exercise the fullest possible due diligence to avoid exposure to sanctions or enforcement actions”. In mid September, a Gazprom vessel departed for the project’s pipeline supply base in Germany, so it could supply pipes for the Akademik Cherskiy pipelaying ship. Allseas halted operations last year due to US sanctions and Gazprom has drafted in vessels of its own in order to continue with construction.

The seriousness of the Navalny allegations must be fully acknowledged and investigated, but Nord Stream 2 should not suffer as a result. The project fulfils a key part of Germany’s, and Europe’s, energy strategy and so far has attracted total investment of €9.5 billion (US$11.2 billion).

Europe needs to boost its supply links to reliable sources of natural gas and needs pipeline and LNG infrastructure to facilitate this.

Get your free issue of World Pipelines