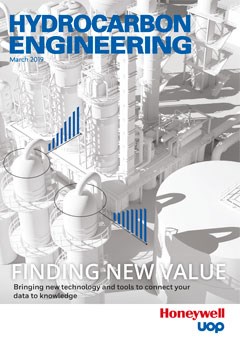 Each year, the Collins English Dictionary releases its ‘word of the year’, chosen from a shortlist of words that have risen to prominence over the past 12 months. At the end of 2018, ‘single-use’ took the crown, fighting off competition from the likes of ‘VAR’ (an abbreviation for ‘video assistant referee’, a technology that was used at the FIFA World Cup), ‘floss’ (a dance, and I quote, “in which people twist their hips in one direction while swinging their arms in the opposite direction with the fists closed”), and ‘plogging’ (the activity of picking up litter while jogging).

The emergence of both ‘plogging’ and ‘single-use’ reflects a growing public awareness around environmental issues, particularly regarding products (often plastic) that are made to be used once only.

The issue of single-use plastics has also taken a prominent place in BP’s annual ‘Energy Outlook 2019’. BP notes that the single largest projected source of oil demand growth over the next 20 years is from the non-combusted use of liquid fuels, particularly as a feedstock for petrochemicals, driven by the increasing production of plastics. Under BP’s ‘evolving transition’ scenario (which assumes that government policies, technologies and societal preferences evolve in a manner and speed that is similar to the recent past), the non-combusted use of fuels is expected to grow by 1.7% per year to 2040, accounting for approximately 10% of the overall growth in energy demand. However, growth of non-combusted demand in this scenario is slower than in the past, reflecting the assumption that regulations governing the use and recycling of plastics will tighten marginally over the next 20 years.

In light of this, BP’s Outlook includes an ‘alternative scenario’ in which increasing environmental concerns leads to a worldwide ban on single-use plastics from 2040. In this case, oil demand will rise more slowly than in the evolving transition scenario. However, BP warns that the full impact on both energy growth and the environment under this scenario will depend on the alternative materials that may be used in place of the single-use plastics. The report states that “Without further advances in these alternative materials and widespread deployment of efficient collections and reuse systems, [a ban on single-use plastics] could lead to an increase in overall energy demand and carbon emissions, and raise a number of other environmental concerns, such as increasing food waste.” Speaking to the BBC, BP’s Chief Economist, Spencer Dale, explained: “If you swap a plastic bottle for a glass bottle, that takes about 80% more energy […] that bottle is a lot heavier so it takes an awful lot more energy to transport it around.”1

In November 2018, a group of academics from Heriot-Watt University in Edinburgh, Scotland, also concluded that a ban on plastics could result in much greater environmental damage, as there are no clear alternatives. Professor David Bucknall said: “We need to ensure that we are replacing [plastics] with materials that are better for the planet. In many cases there is no credible alternative to using a plastic, so we need to move towards a ‘circular economy’ for plastics, rather than the largely ‘make-use-dispose’ model we currently adopt. This will require changes and improvements in not only the plastics we are making, but getting better at reusing and recycling them.”

The issue of plastics is just one of the “key uncertainties” that BP addresses in its latest Outlook, as the world looks to tackle the dual challenge of requiring more energy to support continued global economic growth and rising prosperity, while also needing a rapid transition to a lower-carbon future. Bob Dudley, BP’s Group Chief Economist, concludes: “Predicting how this energy transition will evolve is a vast, complex challenge. In BP, we know the outcome that’s needed, but we don’t know the exact path the transition will take.”