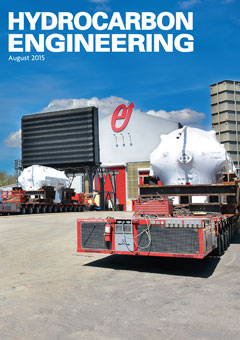 Some sections of our industry are taking a hit due to the drop in oil prices, but one segment that appears to be growing in leaps in bounds is petrochemicals. In a recent market report, Transparency Market Research said that the global petrochemicals sector was valued at US$558.61 billion in 2013 and is expected to hit US$885.07 billion by 2020, equating to a compound annual growth rate (CAGR) of 6.8% between 2014 and 2020. But, I do wonder, is everyone going to benefit equally?

Frost & Sullivan recently commented on Mexico’s petrochemicals sector. The company reported that petrochemicals markets throughout the country are expected to grow at the highest CAGR from 2014 - 2020, between 11.3% and 8.7%, respectively. This is a market revenue increase from 2013 levels of US$1.06 billion to an estimated US$1.64 billion in 2020. This growth is coming markedly from the automotive industry as the industry looks to make vehicles lighter and more efficient, which calls for plastic components rather than metal to save weight. But it doesn’t stop there. Automotive manufacturers are (re)locating factories in Mexico to encourage petrochemicals growth further as, as Frost & Sullivan has reported, the nation has multiple trade agreements in place, which means that import taxes do not have to be paid by manufacturers, and this has created a very favourable economic environment.

The US is another country benefitting from petrochemicals sector growth, and I’m sure we all know why. The speedy development of shale gas is providing a cheap and alternative feedstock for the nation’s petrochemicals sector. It is enhancing the sector so much so that there is very little other nations, such as Europe, can do to compete. Europe’s petrochemicals sector is of course benefitting from the cheap feedstock prices to an extent, as its main feedstock is naphtha, however, as Ben van Beurden, Chief Executive of Royal Dutch Shell, said in a recent Financial Times article, “in terms of fundamental competitiveness, Europe is still behind the US and the Middle East because the feedstock is still more expensive.”

So, Europe seems to be a region that isn’t having such a good run in the petrochemicals sector and sadly the plastics industry isn’t reaping cheap oil price benefits either. Over the last 10 years, Europe’s petrochemicals sector has been suffering from chronic under investment, so much so that EuPC has reported that over the past six months there have been 41 shutdowns across Europe’s petrochemical plants in comparison to 26 for the whole of 2014. This has of course had the knock on effect of keeping petrochemicals prices high, despite lower feedstock prices, due to the cut in output and volumes available on the market. This is obviously not good news for plastics companies in the region, as they have to continue paying high prices. So it seems that while the global petrochemicals sector is moving from strength to strength on the whole, the wealth is not equally shared or proportional geographically, or necessarily beneficial to those further down the sector’s supply chain.