The development of US natural gas resources is having a transformative impact on the US energy landscape, helping to improve our energy security while spurring economic development and job creation around the country. This increase in domestic natural gas production is expected to continue, with the Energy Information Administration forecasting a record average production rate of 78.92 billion ft3/d in 2015.

The Energy Department conducted an extensive, careful review of the three Sabine Pass Liquefaction Expansion Project applications. Among other factors, the Department considered the economic, energy security, and environmental impacts and determined that exports at a rate of up to 1.38 billion ft3/d for a period of 20 years was not inconsistent with the public interest.

Read the article online at: https://www.hydrocarbonengineering.com/gas-processing/29062015/us-energy-department-authorises-sabine-pass-liquefaction-to-export-lng-1004/ 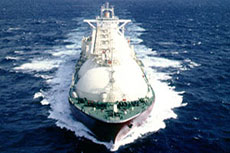 The US Department of Energy has issued a proposed change to LNG export decision making procedures.