Consumer Watchdog and Food & Water Watch have said southern California's winter peak natural gas needs can be met without Aliso Canyon. Their evaluation runs counter to the Aliso Canyon winter reliability assessment, issued by California regulators, SoCalGas, and the LADWP, which the groups say overstates the need for Aliso Canyon by inflating the demand forecast and underestimating the amount of supply.

"SoCalGas and regulators cried wolf last April in their summer assessment, threatening 14 days of possible forced blackouts," said Consumer Watchdog advocate Liza Tucker. "Those blackouts never happened. Now regulators are raising the spectre of possible curtailments in trying to meet peak winter demand if we don't resume injections at Aliso in September, but again fail to make their case." Tucker said that conservation measures and mandated changes in how commercial customers order and buy natural gas avoided problems this summer, and have been extended.

"SoCalGas and regulators overestimate peak winter demand to make the case that Aliso Canyon is essential for reliability this winter," said Independent Engineer Bill Powers. "According to SoCalGas's own data, the highest actual peak day demand over the last 10 years for natural gas in winter is significantly less than what they now claim 'will be needed.'"

Powers said that regulators also ignored a key source of supply of natural gas through Otay Mesa on the border of Mexico that would also ensure ample supply without Aliso Canyon.The Aliso Canyon well blowout caused the biggest methane leak in US history, forcing the relocation of 15 000 residents. The 110 day blowout caused global warming emissions equivalent to more than 1.7 million cars on the road a year, and sickened thousands. Many wells at the site are more than 50 years old. More than half of the 114 wells had to be plugged and so far just 15 have passed integrity tests only after first being repaired.

The cost to ratepayers of maintaining Aliso Canyon is US$70 million/y, counting in a new US$200 million compressor station.

"The cost of keeping Aliso Canyon open is too high when you think about what it has cost the residents of Porter Ranch and other communities," said Alexandra Nagy, Senior Organiser of Food & Water Watch. "Despite previous and ongoing scare tactics from SoCalGas, we have seen that the energy needs of Southern California are being met without using the leaky and dangerous Aliso Canyon gas field. Since the blowout there have been several new leaks, and recent well tests have shown that the field is in worse shape than previously thought."

"Meanwhile residents living near Aliso Canyon are still suffering from severe health and quality of life problems in the aftermath of the gas blowout. Governor Brown must keep Aliso Canyon closed and work towards a permanent shut down to protect Los Angeles residents and our environment from another disaster that could come if SoCalGas is allowed to reopen this dangerous gas field," said Nagy.

Tucker said another reason that regulators may be fighting to keep Aliso open is Governor Jerry Brown's relationship with Sempra, SoCalGas's parent company. The Governor's sister, Kathleen Brown, sits on the board of Sempra, SoCalGas' parent company, and was paid US$691 300 in stock and cash for her work from 2013 through 2015. Kathleen Brown also holds US$749 000 worth of stock in real estate and oil company Forestar Group, which owns 700 acres of land next to Porter Ranch where it plans to build a luxury home community.

Read the article online at: https://www.hydrocarbonengineering.com/gas-processing/25082016/consumer-watchdog-accuses-socalgas-of-overestimating-need-for-aliso-canyon-3969/ 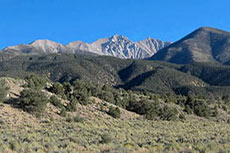 Consumer Watchdog has highlighted several large oil refining companies that appear to have contributed to the California gasoline price spikes. 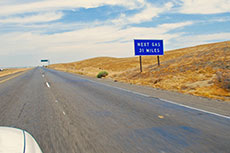 SoCalGas has announced a framework to safely bring the Aliso Canyon storage facility back online, in compliance with newly issued regulations. 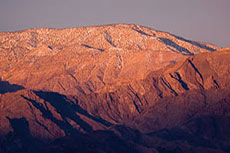