Saudi Aramco's ‘In-Kingdom Total Value Add’ (IKTVA) programme aims to localise the energy value chain with respect to manufacturing and service, training and employing young Saudi nationals, and fostering future prosperity in the Kingdom. In partnership with Saudi Aramco, Siemens celebrated a milestone for the IKTVA programme by producing the first gas turbine at the Siemens Dammam Energy Hub. In line with the Kingdom's Vision 2030, the local production of energy related goods, such as turbines, has leveraged opportunities for Siemens to train and employ young Saudi nationals, and contribute towards creating a knowledge-based economy.

The gas turbine, which will be installed at Saudi Aramco's new power plant as part of the Jazan refinery project, was produced at the Siemens Dammam Energy Hub, Saudi Arabia's first gas turbine manufacturing facility and the largest in the Middle East.

HE Minister Al-Falih said, "Today we celebrate the first utility size gas turbine to be assembled here in Saudi Arabia. My thanks and congratulations to everyone at Siemens who has worked hard to make this day possible – including, of course, the qualified young Saudis, trained by Siemens with Saudi Aramco support. "While oil and gas will remain fundamental pillars of our economy, the promise of Saudi Vision 2030 will liberate our economy from its over-dependence on oil exports for revenues. Instead, our natural endowments will enable our country's other strengths and capabilities – especially the talent and energy of our youth, and the critical small to medium enterprise (SME) sector – in fundamentally new ways."

In 2011, Siemens, together with Saudi Aramco and Saudi Electricity Company jointly committed to build the Siemens Dammam Energy Hub as part of the company's continuously expanding local footprint in the Kingdom.

Saleh Al Rasheed, Director General of the Saudi Industrial Property Authority (MODON), said, "When MODON and Siemens signed the land lease agreement for the construction of a manufacturing and service facility in 2012, we had an ambition at that moment, and believed this would be one of many mega projects that MODON has successfully attracted to the industrial cities. Today, we are happy to see that the largest Siemens manufacturing facility in the Middle East to call the Second Industrial City in Dammam its home. We appreciate the efforts that Siemens has invested in training and qualifying young Saudis to achieve true knowledge transfer and the build-up of local capabilities."

Siemens has embarked on a programme to train young Saudi talent in advanced gas turbine technologies, both domestically and abroad. The graduates from the programme are employed at the Dammam factory and represent the next generation of leaders and experts who will shape the future of the energy industry in the Kingdom.

Read the article online at: https://www.hydrocarbonengineering.com/gas-processing/24052016/siemens-delivers-first-saudi-made-gas-turbine-to-jazan-refinery-project-3377/ 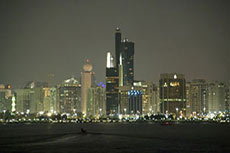 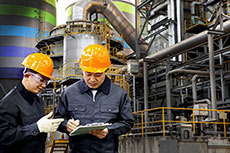 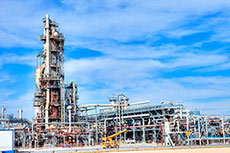 Saudi Aramco Total Refining and Petrochemical Company (SATORP) has secured a US$533.33 million loan from the Saudi Industrial Development Fund. 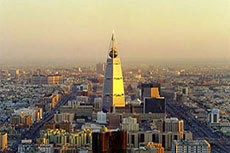 Business Monitor International has released a new report on the Saudi Arabian oil and gas market to 2023.