Petroleum refineries must constantly evolve to remain competitive. Plants are expanded to increase capacity and add new processes. New technologies replace old. Process changes demand different equipment. Something as seemingly simple as using larger capacity delivery vehicles may mean that an entire portion of a process needs to be changed. Change is a competitive imperative, but many petroleum facilities forget to update their training simulators when processes or technologies change. This can significantly slow training and reduce the effectiveness of the simulator, as well as the value of the investment.

One of the biggest challenges in keeping the simulator current with the plant is collecting, documenting and analysing plant changes. Creating a robust process for documenting all plant changes, both physical and procedural, is a best practice used by Norwegian oil giant Statoil to ensure that those changes are reflected accurately in their simulators.

Documenting changes as they occur not only reduces the time, money and effort needed to perform a simulator upgrade, it also maintains the value of the training programs by ensuring the simulator accurately reflects the real plant. This best practice allows simulator based training to effectively prepare workers for their jobs as operating conditions evolve. Statoil has seen significant benefits from following this best practice.

Beginning of a new era

Founded in 1972, Statoil is the largest company (ranked by profit) in the Nordic region. The Mongstad refinery has an annual capacity of nearly 12 million t of crude used to produce petroleum, diesel, jet fuel, gasoline and other products.

To keep up with plant expansions, Statoil in 1988 upgraded from its panel based analog control system to a Bailey Infi90 DCS System. Operating the new DCS was completely different than the unit it replaced. Mongstad’s operators needed to learn new operating procedures and processes prior to the DCS commissioning. This change made company officials realise their employees needed more effective, standardised training.

Keeping up to date

As the company added a crude distillation unit (CDU), a polymerisation (POLY) unit and gasoil blending units, it turned to GSE for additional simulators. The new units, however, also affected existing units and processes. Over time, all of the units and processes have been updated. Statoil continued to document all of the changes and has worked with GSE to modify the simulators. When new technology and processes are adopted, employees log the changes using a structured routine.

If major or difficult changes are made to the plant logic, they are tested on the simulator. For smaller modifications, the end user (Statoil) can validate the plant logic by updating the simulator logic. For major modifications to the logic or when changes in the model occur, as with the addition of new equipment, Statoil will order an update from GSE to do proper training. When GSE comes in to perform the simulator upgrades, changes are implemented easily without questions or knowledge gaps about what has changed.

The effort involves the entire plant staff, including operators, engineers, management and the maintenance department. When changes are identified, teams determine the most feasible options based on budget and operational goals. The change is then verified and validated using models supplied by GSE before being installed. This practice helps debug the commissioning, which shortens commissioning time and reduces costs.

A key benefit identified by Kjell Leikvoll, head of the process control department at Mongstad, is the flexibility of the simulator to system changes. ‘It is very easy to test the new logic in the simulator because the model and control system are independent. Using model prediction control (MPC) with the simulator, our operators have identified changes that need to be made to the DCS logic/sequence before being implemented in the plant,’ he said.

Once the changes are made to the DCS logic, Statoil simply loads the snapshots from the model. Configuration changes are loaded smoothly because of the independence between the simulator and control system.

During training, the simulators help ensure that operators can make necessary corrections if anything goes wrong during operations. Training instructors can insert malfunctions to test the operator’s response to different scenarios. Any malfunction that may occur in real life can be practiced during simulator training and may be repeated as many times as needed until the student demonstrates clear competence.

For the past 25 years, Statoil has been using GSE’s simulators at its Mongstad, Norway, refinery to train its workers on equipment and processes. A structure process for documenting changes has been critical in allowing the facility to keep its simulators updated. This best practice has been successful in decreasing downtime during transitional periods and keeping employees knowledgeable on current operations. It has translated directly into increased productivity for Statoil. The company continues to refine its data collection processes to ensure positive returns far into the future.

Read the article online at: https://www.hydrocarbonengineering.com/gas-processing/16062014/statoil_refinery_case_study_gse/ 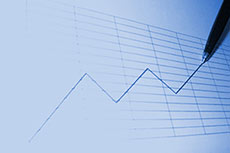 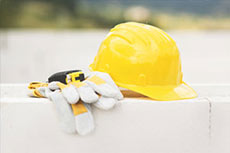 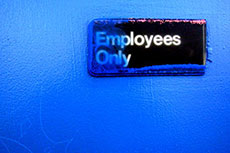 John Walkington and Stuart Nunns, ABB, UK, explain exactly what is needed upfront in order to optimise safety systems through the lifetime of an oil and gas process installation.