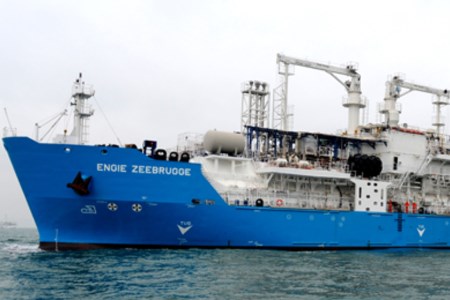 The LBV, named ENGIE Zeebrugge, will run on LNG for her maiden voyage, after a few days of loading LNG delivered by trucks at the shipyard.

Zeebrugge in Belgium will be the home port of the 5000 m3 LNG capacity vessel. The LBV will supply LNG as a marine fuel to ships operating in Northern Europe. The two LNG-fuelled pure car and truck carriers (PCTC) operated by United European Car Carriers will be its first customers.

ENGIE Zeebrugge will load LNG at Fluxys’ LNG terminal in Zeebrugge, where small carriers with capacities from 2000 m3 can dock at the recently commissioned second jetty.

Read the article online at: https://www.hydrocarbonengineering.com/gas-processing/16022017/lng-bunkering-vessel-delivered-to-engie/