The IGU has released a statement on the findings of the IEA World Energy Outlook. In the state the IGU has said that the WEO-2014 underlines the central role of natural gas in the energy mix. The global share of natural gas is expected to grow from 21% of the global energy mix in 2012 to 24% in 2040. Jerome Ferrier, IGU President, has said that he is confident about the positive role natural gas will play, ‘the growth of natural gas will increase energy market stability, reduce CO2 emissions and improve quality of life wherever it is used. To secure this expanding role, the natural gas sector will continue to invest, innovate and gain public acceptance.’

The IGU has said that it is pleased by what the WEO-2014 has called the ‘growing cast of gas suppliers’ as it brings more stability and diversity of supply sources to the energy markets. The WEO-2014 also concludes that, unlike oil, gas supplies will continue to come from a large pool of countries that all have significant production.

When it comes to LNG, it is now clearly being recognised as a key enabler in connecting markets, with countries like Australia, Canada, USA, Mozambique and Tanzania joining the ranks as important LNG exporters. On gas trade flows the WEO-2014 has concluded that, ‘the greater diversity and flexibility of gas trade flows, particularly of LNG, do represent important gains for gas security in this evolving landscape.’ The IGU is indeed upbeat about the benefits of LNG and points to the investments made by industry. Data that was presented by the IGU earlier this year showed that liquefaction capacity is set to increase substantially between 2020 and 2025. Also, regasification capacity is projected to rise significantly.

The WEO-2014 has further reported that in 2040 unconventional supplies will account for 60% of the growth in, and a 31% share of, natural gas production. Countries like Australia, China, India and Argentina are projected to invest substantially in these unconventional resources. The IGU has called upon governments, especially in Europe, to work with industry to develop operational and regulatory approaches that ensure that these unconventional resources are developed in an environmentally responsible manner. Ferrier has said, ‘the global gas industry is rapidly evolving. I have no doubt that our investments in on and offshore production, LNG and natural gas infrastructure will lead to more security of supply.’

The single largest area of growth for gas demand is anticipated to be the power sector. The WEO-2014 states that ‘gas is well placed to enjoy a competitive advantage over many other fuels for power generation, given its higher efficiency, greater flexibility, lower capital costs and shorter plant construction times.’ Torstein Indrebo, IGU Secretary General has underlined the benefits of gas and has pointed out the role of gas in developing renewables saying, ‘natural gas is a great partner for renewables, because it can offer a flexible, on demand and economic solution for their intermittency.’

When it comes to global emissions there has been more good news from the WEO-2014, according to IGU. WEO-2014 has said that natural gas is set to overtake coal in power generation for OECD countries around 2025. This shift is expected to help reduce CO2 emissions from power generation. Natural gas powered generation also has far lower NOx, SOx and particulate emissions than coal. This is evidenced by China’s move away from coal power to gas power in order to clean the air in its major cities.

However, WEO-2014 does say that coal remains the favoured fuel for power generation by non-OECD countries due to less stringent environmental standards and cheaper supplies. Even in Europe, cheap coal and a badly functioning carbon market compromise long term stabilisation of CO2 emissions as gas powered plants stand idle. The IGU therefore has said it supports climate policies that introduce a cost of carbon that is uniform and predictable across economies, is technology neutral, ensures global participation and drives the innovation of low carbon technologies.

Despite the important role of gas in the energy mix, the industry can never be complacent and Indrebo has said, ‘we must provide answers to the questions of tomorrow,’ and the IGU sees three areas of focus for its members in the coming years being: Investment, innovation and public acceptance.

The IGU believes that natural gas has a key role in the world energy mix, stabilising the market, reducing CO2 emissions and improving quality of life. In turn, the natural gas industry has to focus on investment, innovation and public acceptance.

Read the article online at: https://www.hydrocarbonengineering.com/gas-processing/13112014/igu-on-iea-weo-2014/ 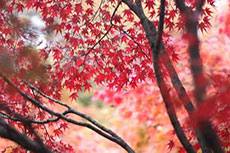 Cedigaz takes a look at Japan’s new energy policy as the country goes in search of a stable and competitive energy supply. 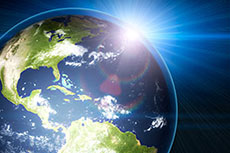 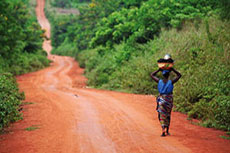 The EIA has reported that world energy consumption will increase 56% by 2040.