Natural gas is flared (burned) rather than vented (released into the air) without combustion for both safety and environmental reasons. Vented, unprocessed natural gas contains hydrocarbons that are heavier than air, such as propane and butane, which can be hazardous if ignited. Methane, the primary component of natural gas, is also a potent greenhouse gas. Flaring natural gas produces carbon dioxide, which, while also a greenhouse gas, has a much lower global warming potential (a measure of how various gases can affect the atmosphere's radiative balance) than methane.

Read the article online at: https://www.hydrocarbonengineering.com/gas-processing/13062016/eia-natural-gas-flaring-in-north-dakota-declined-sharply-since-2014-3514/

According to the EIA, ethane production is expected to increase as petrochemical consumption and exports expand. 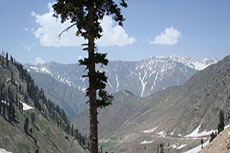 EIA weekly data has shown a more pronounced seasonal rise in gasoline consumption compared to previous years. However, results may be exaggerated by the way in which the organisation estimates figures.