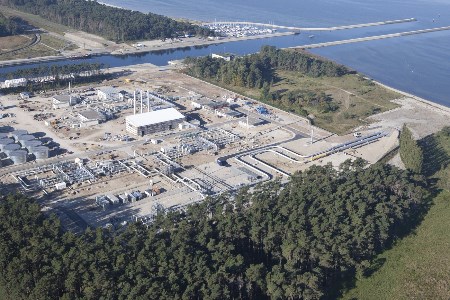 The parties discussed Russian gas exports to Germany. It was noted that Gazprom’s supplies to the German market had continued to grow, rising 23% this September and 20.4% this October, versus the corresponding months in 2015. The meeting participants also touched upon joint production projects, paying special attention to the progress of the Nord Stream 2 project.

Wintershall Holding GmbH is a wholly owned subsidiary of BASF. The company has been focused on oil and gas exploration and production for over 80 years. Gazprom and BASF/Wintershall cooperate in the areas of gas production, transmission, storage and marketing. They are also partners in the Nord Stream project.

In 2015, Gazprom and BASF/Wintershall closed an asset swap deal, according to which Gazprom increased its share in WINGAS, WIEH and WIEE to 100%, and also received a 50% stake in WINZ, the company involved in hydrocarbon exploration and production in the North Sea. Wintershall, in turn, obtained 25.01% in the project for developing Blocks 4A and 5A in the Achimov deposits of the Urengoyskoye field.

Nord Stream 2 is a project involving the construction of a transit-free export gas pipeline with an annual capacity of 55 billion m3, running from Russia to Germany across the Baltic Sea. In 2015, Gazprom exported 45.3 billion m3 of gas to Germany.

Read the article online at: https://www.hydrocarbonengineering.com/gas-processing/08112016/gazprom-reports-increased-gas-exports-to-germany/