Clean Energy Fuels Corp., has announced that it has secured a contract to provide liquefied natural gas (LNG) to Hawaii Gas, the State of Hawaii’s only franchised gas utility. The agreement is consistent with the state’s intent to reduce its reliance on imported crude oil, using a cleaner and more economical fuel.

“Hawaii Gas has been serving the state for over a hundred years and is committed to providing our customers with quality and reliable gas service,” said Thomas Young, Hawaii Gas’s Executive Vice President and Chief Operating Officer. “With Clean Energy LNG, we will be able to diversify our gas supply using a clean fuel improving our reliability and maintaining the quality of service our customers know us for.”

Clean Energy has also signed additional agreements throughout the US representing their growing portfolio of natural gas fuelling.

Clean Energy announced that it has extended its liquefied natural gas (LNG) supply agreement with the City of Phoenix. The two year contract extension is for an estimated 5 million gasoline gal./y and is valued at over US$10 million. Clean Energy has supplied the city with LNG for over a decade.

“The City of Phoenix recognises what Clean Energy brings to the table,” said Transit Director, Maria Hyatt. “We are committed to ensuring we provide a clean, affordable transportation solution to our riders and feel confident Clean Energy will help us meet that goal.”

Fred Meyer Stores, a division of The Kroger Co. has announced an agreement with Clean Energy calling for up to 500 000 gallons of Redeem™ renewable natural gas (RNG) fuel, for their fleet of 40 LNG trucks based out of their Clackamas, Oregon distribution centre. Fred Meyer is the first company in the State of Oregon to take advantage of the Oregon Clean Fuel Programme, which calls for the reduction of greenhouse gas (GHG) emissions through the use of cleaner fuels such as natural gas and renewable natural gas. By fuelling with Redeem™, Fred Meyer is expected to reduce their GHG emissions by 5328 tpy.

Clean Energy announced that fuelling has begun at a new public station in North Platte, Nebraska, which will service vehicles from KALM Transportation, UPS and Schmidt Liquid Transportation. The station, partially funded with a grant from the Nebraska Environmental Trust Fund and in collaboration with STIRK CNG, a regional compressed natural gas (CNG) provider, will offer both LNG and CNG to fleets in the Midwest.

Clean Energy began providing fuelling solutions at the Pilot Flying J station in West Memphis, Arkansas, furthering its partnership with the largest operator of travel centres and travel plazas in North America. The station will support Raven Transportation’s fleet of LNG trucks at an estimated 11 000 gasoline gal. per month.

Clean Energy has announced fuelling has begun at an Exxon public access station in Allentown, Pennsylvania, which serves the northeast extension of the Pennsylvania Turnpike System. The station will service CNG trucks from MACK’s Lehigh Valley Operations as well as the Lehigh Valley Health Network.

Clean Energy announced that Republic Services, an industry leader in US recycling and non-hazardous solid waste, will be switching its California-based fleet to Redeem™ Renewable Natural Gas. The agreement calls for as much as 300 000 gasoline gal./y and will fuel close to 230 refuse trucks throughout the state.

Republic Services also announced the opening of a station designed and built by Clean Energy in Wilsonville, Oregon, to support the addition of 16 CNG solid waste collection trucks to its fleet serving customers throughout the greater Portland area. The CNG trucks replace older diesel-powered trucks, and bring the total number of natural gas vehicles operated by Republic Services in Oregon to 35.

Peoria Disposal Company® (PDC) has extended a five year agreement with Clean Energy for the operation and maintenance of its station located in Peoria, Illinois, which represents approximately 230 000 gasoline gal./y. Clean Energy designed and built the station for PDC which provides hazardous waste disposal to clients in 11 states throughout the Midwest.Natural gas fuel costs less than gasoline or diesel, depending on local market conditions. The use of natural gas fuel also reduces greenhouse gas emissions up to 21% and up to 90% with the use of renewable natural gas. In addition, nearly all natural gas consumed in North America is produced in North America.

Read the article online at: https://www.hydrocarbonengineering.com/gas-processing/03052016/clean-energy-secure-contract-extension-for-lng-3185/ 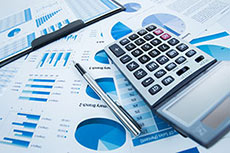