Constructed in two phases, the Gulf Connector Project is designed to deliver 75 000 Dth/d to Freeport LNG Development, L.P.’s liquefaction project by the second half of 2018, and 400 000 Dth/d to Cheniere Energy’s Corpus Christi liquefaction terminal in 2019. Pending appropriate regulatory approvals, construction on the first phase of the project will begin in the third quarter of 2017 (3Q17) in order to be placed into service during the second half of 2018 (2H18).

Both of the liquefaction facilities are currently under construction. The Freeport LNG export terminal will have three liquefaction trains with expected aggregate export capacity of 15.3 million tpy and is planned to commence operations in phases between September 2018 and August 2019.

“This project underscores how the abundance of natural gas in the US is changing the global energy landscape,” said Rory Miller, Senior Vice President of Williams Partners’ Atlantic-Gulf operating area. “The US is projected to become the world’s third largest LNG supplier in five years. Projects like Gulf Connector, which leverage existing gas pipeline infrastructure, make it possible to connect abundant domestic supply with emerging international markets, giving a boost to the US economy while helping meet the world’s increasing energy needs.”

The Gulf Connector Project involves adding compression and making the natural gas flow bi-directional on a portion of the Transco system between Louisiana and South Texas. The project has been designed to provide incremental firm transportation from Transco’s Station 65 in St. Helena Parish, La. to mainline interconnects with proposed header pipelines in Wharton County, Texas and San Patricio County, Texas.

The project, which is included in Williams Partners’ 2016 and 2017 growth capital plan that includes US$1.3 billion in 2016 and US$2.4 billion in 2017 for Transco expansions and other interstate pipeline growth projects, is fully subscribed by Osaka Gas Trading & Export, LLC, whose affiliate is a limited partner of Freeport LNG Development, L.P., and Corpus Christi Liquefaction, LLC, a subsidiary of Cheniere Energy. Both have executed long term, firm transportation agreements with Transco.

As previously announced, Williams Partners is also building the Gulf Trace Project to serve Cheniere Energy’s Sabine Pass Liquefaction project in Cameron Parish, La., the first large scale LNG export facility in operation in the continental US. The Gulf Trace Project is expected to be completed in the first quarter of 2017 (1Q17).

Read the article online at: https://www.hydrocarbonengineering.com/gas-processing/02092016/williams-partners-advances-gulf-connector-project-4004/

If completed, the projects are expected to add up to approximately 19 million tpy of incremental LNG production capacity. 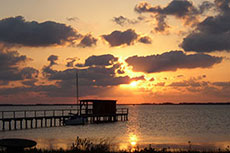