Australian Gas Networks (AGN) has announced its development application has been approved by the South Australian Government for the construction and operation of a AUS$11.4 million hydrogen production facility to produce renewable hydrogen at the Tonsley Innovation District, south of Adelaide. 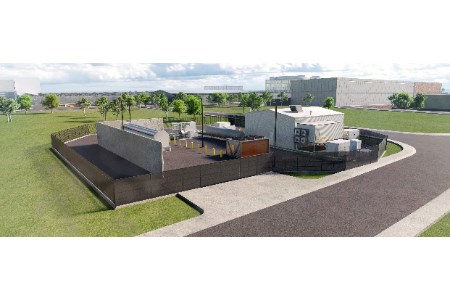 "This is a significant milestone in South Australia's continuing transition to a cleaner energy future. It propels the State's status as a leader in renewable technology and a first mover in hydrogen," said AGN's Chief Executive Officer, Ben Wilson.

"At HyP SA we will be building a 1.25MW electrolyser as the first Australian demonstration project of its scale and size, with small quantities of renewable hydrogen produced and blended into the local gas distribution network next year," Mr Wilson said.

"This will enable residents in parts of the Adelaide suburb of Mitchell Park by mid next year, to become South Australia's first natural gas customers to receive a blended 5% renewable gas – a combination of natural gas and renewable hydrogen," he said.

AGN received a AUS$4.9 million grant from the South Australian Government’s Renewable Technology Fund to build and operate the project. Using a 1.25 MW proton exchange membrane (PEM) electrolyser, renewable electricity will be used to split water into oxygen and hydrogen gas.1 The renewable hydrogen will then be blended with natural gas and supplied to 710 customers in southern areas of Mitchell Park via the existing natural gas network.

Read the article online at: https://www.hydrocarbonengineering.com/clean-fuels/30092019/south-australian-hydrogen-facility-granted-development-approval/