In 2007, the US Department of Energy (DOE) announced it would spend up to US$385 million over four years on six biorefinery projects to make cellulosic ethanol cost competitive with gasoline by 2012. The DOE commented on the programme, saying, “Specifically, these projects directly support the goals of President Bush’s Twenty in Ten Initiative, which aims to increase the use of renewable and alternative fuels in the transportation sector to the equivalent of 35 billion gal./y of ethanol by 2017.”

This initiative was undertaken before the Energy Independence and Security Act of 2007 was passed, which removed the idea of ‘alternative fuels’ and concentrated all mandates on renewable fuels with a goal of 36 billion gal. by 2022.Of the 36 billion gal. mandated in 2022, 16 billion gal. were cellulosic ethanol from non-food based biomass, such as agricultural waste, trees, forest residues, and perennial grasses. The federal government employed the use of tax credits, the renewable fuel mandate, loan guarantees and grants to encourage the use of cellulosic biofuels. Combined with industry’s share, over US$1.2 billion was supposed to have been invested in the six biorefineries. However several of these projects never came to light, and cellulosic ethanol is not cost competitive, as it hoped in 2007.The DOE selected six projects in six different states to subsidise the development of the cellulosic ethanol industry. The Abengoa Bioenergy Biomass of Kansas in Kansas, ALICO, Inc. of LA Belle, Florida in Florida, BlueFire Ethanol, Inc. of Irvine, California in South California, Broin Companies of Sioux Falls of South Dakota in Iowa, Iogen Biorefinery Partners, LLC, of Arlington, Virginia in Idaho, and Range Fuels (formerly Kergy Inc.) of Broomfield, Colorado, in Georgia. A closer look into some of these plants, demonstrates a widespread, but not total, lack of profit made in these ventures.

According to the Institute of Energy Research (IER), the DOE proposed to spend up to US$76 million on the plant in Kansas that was expected to produce 11.4 million gal./y of ethanol as well as enough energy to power the facility, with any excess energy used to run the adjacent corn dry grind mill. The plant was expected to consume 700 tpd of corn stover, wheat straw, milo stubble, switchgrass, and/or other feedstocks.This Spanish company, Abengoa Bioenergy, received both a US$132 million loan guarantee and a US$97 million grant to construct the cellulosic biofuel refinery. The plant opened in October 2014 and while the plant is not yet at full production, the company claims it is producing enough biofuels for commercial operation. However, the company has not sold any cellulosic ethanol, preferring to hold the ethanol in storage rather than sell it. Despite receiving no revenues, the company repaid its loan in March of 2015 from the US$8 billion in revenues it received from other product sales last year.

In 2007, the DOE proposed to spend up to US$33 million on a biorefinery in LaBelle, Florida. The plant was expected to produce 13.9 million gal./y of ethanol, 6255 kW of electric power, 8.8 t of hydrogen, and 50 tpd of ammonia. The plant was expected to consume 770 tpd of yard, wood, and vegetative wastes and energy cane. However, according to the IER, in June 2008, ALICO withdrew and New Planet Energy LLC (NPE) stepped in. Despite ending their commitment, ALICO was still to receive US$2.5 million from the state of Florida and, according to IER, to this day the plant has not been finished.

In 2007, the DOE proposed to spend up to US$80 million on a biorefinery in Shelley, Idaho, near Idaho Falls. It was expected to produce 18 million gal./y of ethanol, and consume 700 tpd of agricultural residues including wheat straw, barley straw, corn stover, switchgrass, and rice straw as feedstocks. Construction was expected to start in 2008 and be completed by 2010. Iogen, however, suspended its cellulosic plant plans for Idaho to focus on a more advanced plant in Saskatchewan, Canada, without US federal loan guarantees and grant money that was estimated at around US$350 million for the Idaho plant.

One success story however came from the biorefinery built in Iowa. The DOE put forward up to US$80 million for the construction of a biorefinery in Emmetsburg, Iowa. The plant is expected to produce 125 million gal./y of ethanol, of which almost 25% is expected to be cellulosic ethanol. In the production of cellulosic ethanol, the plant is expected to consume 842 tpd of corn fibre, cobs, and stalks.Poet-DSM opened Project Liberty, a US$275 million ethanol plant that uses corncobs, leaves and husks to produce ethanol, in Emmetsburg, Iowa, in September 2014. Poet-DSM took a decade to develop the technology and required over US$120 million in state and federal grants. Poet, a South Dakota ethanol producer founded by Jeff Broin, partnered with Royal DSM of the Netherlands on the project.According to the IER at full capacity, the plant will convert 770 tpd of crop residue into cellulosic ethanol. The company pays about US$20 million annually to farmers within 45 miles of the plant for their corn stover. The plant produced several hundred gallons once it had opened in September 2014 and is expected to reach 25 million gal./y The cellulosic plant also generates a biogas that is used to power both it and the corn ethanol plant nearby. Poet-DSM estimates it has the potential to achieve net sales of about US$250 million from bioethanol production and licensing income by 2020, assuming continued support for biofuels from the government’s Renewable Fuel Standard.

According to the IER, even though Congress approved the Energy Independence and Security Act, in 2007, which mandated specified amounts of corn and cellulosic ethanol to be produced and consumed each year through 2022, cellulosic ethanol was not commercially viable then and despite a few plants starting production, it is still not commercially viable today. However, the EPA still mandates a specified amount of cellulosic ethanol be produced and consumed by refineries each year that are above the amounts that industry has been able to achieve in the past. Rather, the market place should determine what technologies should be commercial and when they are available.

For more information and to read the full article, click here.

Read the article online at: https://www.hydrocarbonengineering.com/clean-fuels/19112015/ier-report-on-doe-biorefinery-investments-1768/ 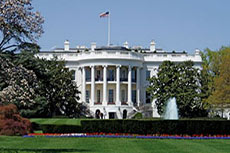 The Institute of Energy Research has released a statement following the release of the US Climate Assessment Report, calling it ‘more scare tactics from the White House’.