World Energy has announced that it has acquired Elevance Natchez, Inc’s (ENI’s) 72 million gal./y biorefinery located on the Mississippi River in Natchez, MS.

World Energy has been supplying BQ9000 certified biodiesel from the plant under a production contract with ENI since January 2013. The plant is currently fully staffed and in full operation. Customers, employees, suppliers, and the Natchez community can expect little change in the transition to new ownership.

In June, World Energy and its joint venture partner BIOX Corp, announced the acquisition of a 90 million gal./y production plant known as World Energy BIOX Biofuels (WEBB) located at the Kinder Morgan Liquid Fuels Terminal on the ship channel in Galena Park, TX. WEBB is now in its final stages of preparation for production startup.

Also in June, the companies announced the establishment of a 315 000 bbl multimodal biofuels distribution centre known as Houston Hub, which is co-located and co-operated with WEBB at Kinder Morgan's Galena Park Terminal. Houston Hub is fully integrated into Houston's petroleum distribution network by truck, rail, barge, ship, and pipeline.

"Today's acquisition of ENI's Mississippi River plant expands on the initiatives we took earlier this summer with BIOX," said Gene Gebolys, World Energy's Chief Executive Officer. "Advanced biofuels are here to stay, but they won't be fully mainstream until we integrate our 21st century fuels into the sprawling production and distribution complex established for traditional fuels in the 20th century. That system originates in the US Gulf so we need to originate there too with both production and distribution. The Natchez and Houston operations now combine to enable us to supply BQ9000 quality biodiesel in the Gulf at a scale and level of seamless integration never before available."

"ENI has been a fantastic business partner for more than three and half years," Gebolys added. "This transaction allows both companies to deliver greater long term value in our respective core businesses and is just the latest step in our long and productive relationship."

Read the article online at: https://www.hydrocarbonengineering.com/clean-fuels/01092016/world-energy-acquires-elevance-biodiesel-production-facility-3997/ 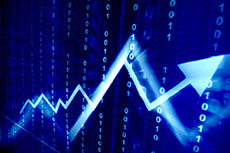 According to the latest World Energy Issues Monitor published by the World Energy Council, energy leaders see price volatility and the future of the climate framework as their top critical uncertainties.

The EIA has reported that world energy consumption will increase 56% by 2040.